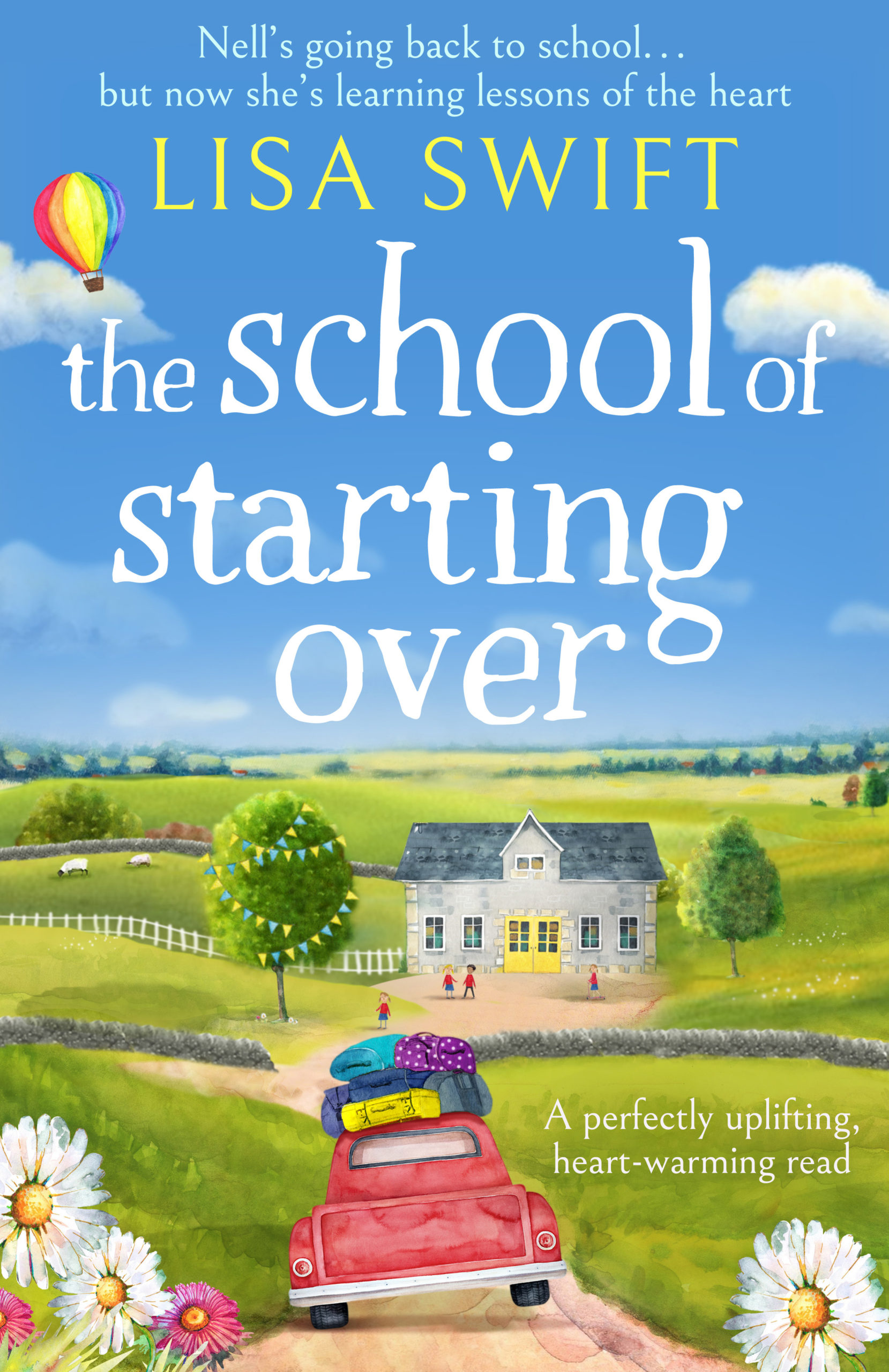 Lisa’s second book, The School of Starting Over, was published by Hera on 11th March 2020.

Reception class teacher Nell Shackleton has a plan. At least, she had until she arrived at her new home of Humblebee Farm, a dilapidated farmhouse on the Yorkshire moors. But so what if the roof’s full of holes, the back door’s hanging off and there’s a sheep in the front room? Because sometimes a new beginning means starting at the bottom… right?

Xander Scott is one of the youngest headteachers Leyholme Primary School has ever had. But managing over-zealous parents and their semi-feral kids proves a tricky task for shy Xander – as does keeping his mind on the job when his feelings for the new Reception teacher become more than strictly professional…

At 43, Nell’s new friend Stevie Madeleine has given up on love. After losing her wife, Stevie’s decided that her four-year-old daughter Milly and cocker spaniel Red are the only girls she needs in her life. That is, until larger-than-life dog-walker Deb arrives on the scene. But will the secrets of Stevie’s past stop her new romance dead in its tracks?

Meeting Xander and Stevie brings joy back into Nell’s life – but when old secrets start to surface, there may be some hard lessons to learn for them all…

A gorgeously uplifting and hilarious romantic comedy that will delight fans of Milly Johnson, Holly Martin and Heidi Swain.

Sign up to my email newsletter for news, updates and exclusive competitions and giveaways.